If you've struggled with catching steelhead, you're not alone!

In my early days of steelhead fishing, I was one of the guys who ended up watching more steelhead being caught by other anglers than catching them myself. If you've been there, you know where I'm coming from here: It gets old quickly! I so desperately wanted to be in the "Ten percent of anglers who catch 90 percent of the fish" club. At the beginning of my steelhead fishing career, I spent a lot of time floundering around, trying to figure things out. I won't say the time was wasted, but I certainly could have used some good information to get me pointed in the right direction. When I think back, I spent a lot of time either not fishing where the fish were – or not using the right stuff (or both!).

The Formula for Steelhead Fishing Success

Steelhead are simple creatures of habit that require basic things like food, cover and places to rest. They're not going to "out-smart" you but they will seem like ghosts if you don't learn exactly what it is that makes them feel safe and comfortable.

By understanding how steelhead relate to various water conditions and environmental factors, you can narrow down where they will be hiding – sometimes to about as little as 5 or 10 percent of the river. Your scores go up significantly when you spend your time fishing where the fish are! And things get really exciting when you know where the fish should be – and then combine that with an understanding of what they are likely to eat in a given situation!

All the tips, tricks and know-how to make steelhead fishing fun and productive. The Ultimate Guide to Steelhead Bank Fishing will make you feel much more confident when you are out on the water.

The Ultimate Guide to Steelhead Bank Fishing is currently only available as an eBook (not print). To purchase your copy, click on one of the options below! 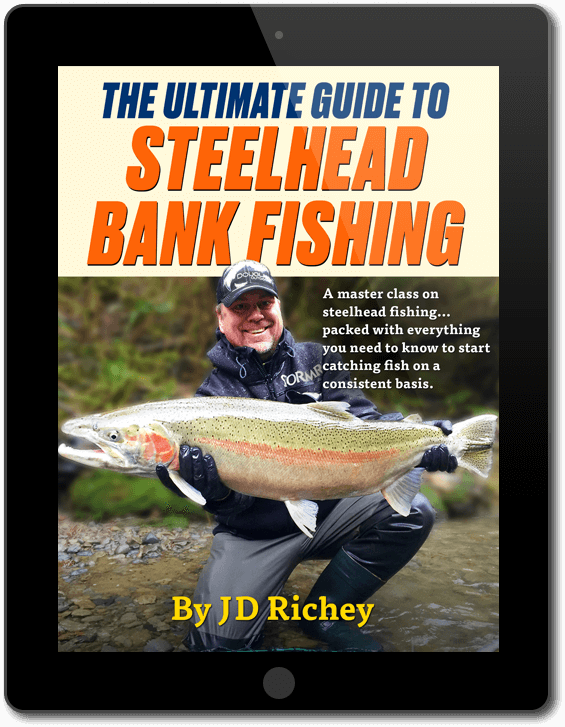 Location is part of the game...
but what do Steelhead Eat?

Learning where steelhead like to hold is a huge step towards success, but you also have to know what types of baits and lures work best...and when to use them. Knowing how to dial-in the perfect offering for the conditions on a given day will make you a much more effective steelhead angler. 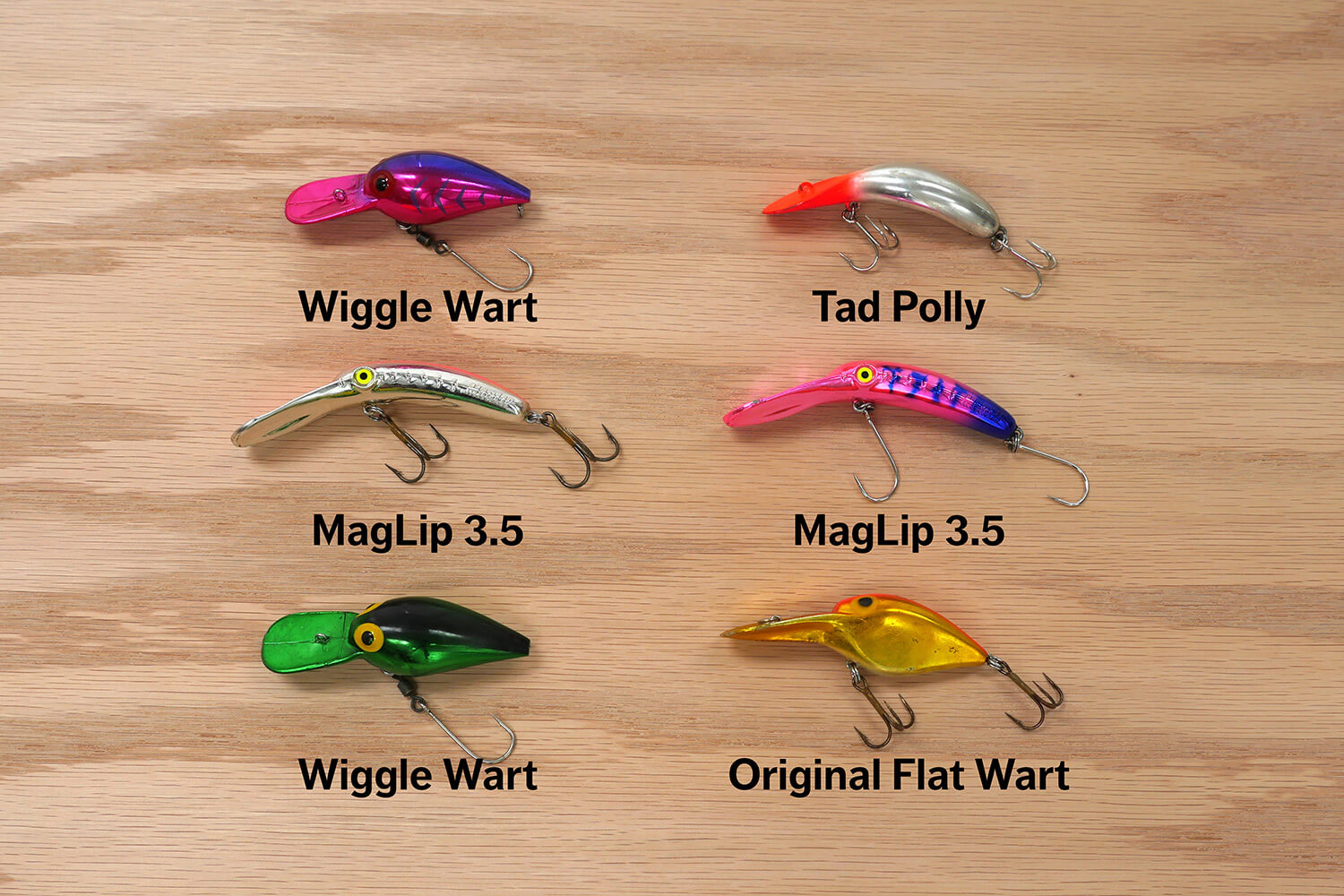 Gearing Up: The simple things that can make a huge difference between catching fish...or not

It's pretty amazing how much the gear you use can affect your success rate. Really simple things, too:

All these and more can mean the difference between hooking fish...or going home skunked. I remember as a kid, I was in the middle of a torrid bite and the guys around me were catching steelhead like they were farm pond bluegill, but I couldn't get a single strike. Eventually, a nice gentleman near me explained that my sinker setup was a bit off. A subtle tweak to my gear changed everything and I was quickly grinning ear-to-ear with a bright steelhead bending my rod to the cork!

Having the right gear is important – but also can be confusing. Take a walk down the aisle of your local tackle shop and you may just get overwhelmed by all the options available to the steelheader. It can be intimidating...where do you begin? Luckily, you don't need a set of 10 of everything – you just need a good, basic selection of the right stuff.

When you know exactly what you need for a day's fishing and how to most easily store and transport it, you can focus on catching fish – not fishing around through various boxes, packs and pockets. Keep everything organized and you'll get to spend time actually fishing. Sometimes, those extra few casts can be day-changers.

The Keys to Successful Steelheading The eBook that's going to change the way you fish: The Ultimate Guide to Steelhead Bank Fishing

The Ultimate Guide to Steelhead Bank Fishing is the resource that's going to take your game to the next level.

Inside this eBook, you're going to get a lifetime of steelhead fishing knowledge all in one place. It's actually several lifetimes considering the fact that, in addition to the experience I've gained from guiding full time for nearly 20 years, I also have a treasure trove of information learned from other full time guides, as well as some of the world's greatest steelheaders. It's all here and designed to get you quickly "in the know." On your own, I hate to think how long it would take you to learn all this stuff!

What the Pros are Saying: “This is a GREAT Book! I sure wish I had this when I was starting out fishing for steelhead."

“JD covers everything and I love the photos too!"

“Geez, there's so much good info here! JD covers it all... Great job!” The diagrams and photos are fantastic...and I'm very impressed with not only JD's writing skills but also his willingness to share so much information. There's an amazing amount of useful tips, techniques and tricks in here!"

What a beginner Steelheader is saying: “No joke. I looked at one diagram from this book and hooked a steelhead a few hours later!”

“I've read countless articles, watched numerous videos, and nothing has helped me connect the dots on finding and fishing for steelhead more than this book.”

"Steelhead fishing has the reputation of being almost impossible for rookie anglers. This book presents all the info you need in such a digestible, and easily understandable form it almost seems unfair." Author of The Ultimate Guide to Steelhead Bank Fishing

Internationally-known magazine and book author and full-time fishing guide, JD Richey has been addicted to steelhead fishing since his first encounter with one at the age of 9.

This is JD's second book on steelhead fishing and, over the years, he's penned hundreds of articles on the subject in magazines like Salmon Trout Steelheader, Field & Stream, Fish Alaska, Western Outdoors and many more. Guiding fishing trips year-round since 1998, he has worked all over the West from California to Alaska.

Here's what you'll find inside:

Thanks for checking out my eBook! I am really proud of all the information that I stuffed inside and I know it's going to ultimately help you become a better angler!